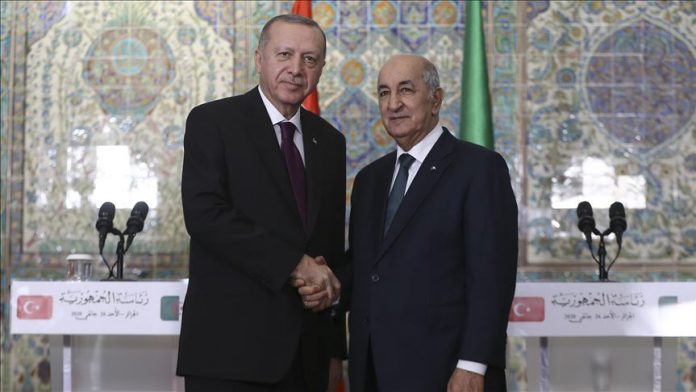 Turkey is resolutely standing with the Libyan people in their hour of need, President Recep Tayyip Erdogan said on Sunday.

He was speaking at a joint news conference with his Algerian counterpart Abdelmadjid Tebboune following their bilateral meeting in the capital Algiers.

”We are determined to stand by our Libyan brothers,” Erdogan said.

He said Ankara wanted to ensure peace in Libya and prevent foreign intervention against the UN-recognized government.

“We fully support the political process embraced by Libyans and led by the U.N. to achieve cease-fire,” Erdogan said, referring to the deal reached in Berlin earlier this