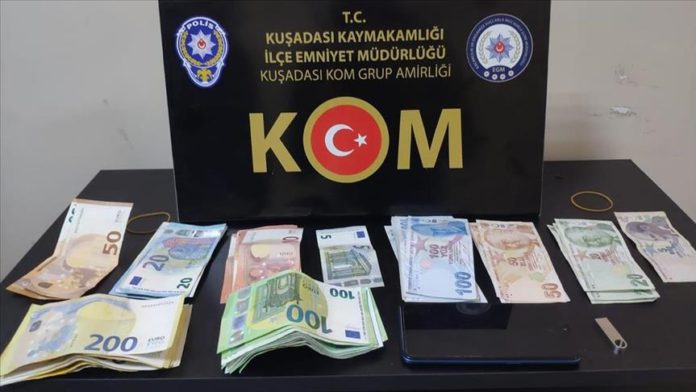 Two suspected members of the Fetullah Terrorist Organization (FETO) were detained in western Turkey as they attempted to escape abroad, a security source said on Saturday.

Acting on a tip, police in the Kusadasi district of Aegean Aydin province launched an operation to an address to nab the suspects.

F.A. and Y.G. were caught with a large sum of cash at the address, said the source who spoke on condition of anonymity due to restrictions on speaking to the media.

Meanwhile, in an operation at an industrial site in the district, police arrested M.T. and O.V., who allegedly smuggled two FETO suspects abroad.