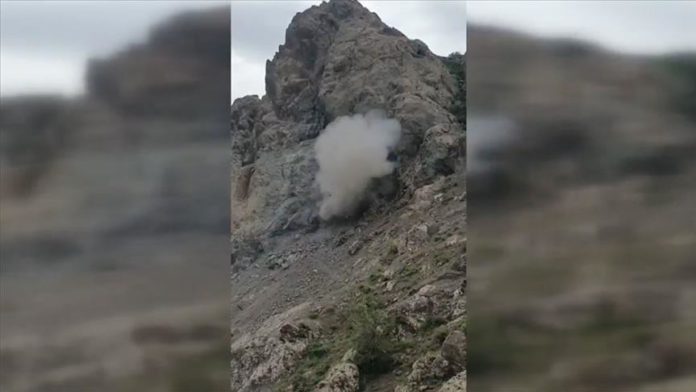 “Another den of terrorist organization PKK has been destroyed,” the Turkish National Defense Ministry said on Twitter, sharing a video showing inside the cave and the moment of destruction.

“The den, which has three rooms and is large enough to shelter at least 20/25 PKK terrorists, in Iraq’s Hakurk region has been made unusable,” it added.

The ministry also noted that heroic Turkish commandos will continue destroying shelters of the PKK terrorists.

In its more than 30-year terror campaign against Turkey, the PKK — listed as a terrorist organization by Turkey, the US, and the European Union — has been responsible for the deaths of nearly 40,000 people, including women, children, and infants.