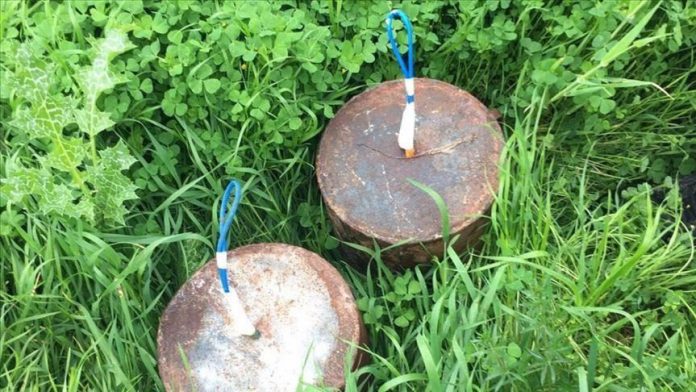 The explosives were seized in an area falling inside of Operation Peace Spring, Turkey’s cross-border anti-terror offensive in Syria, the ministry said on Twitter.