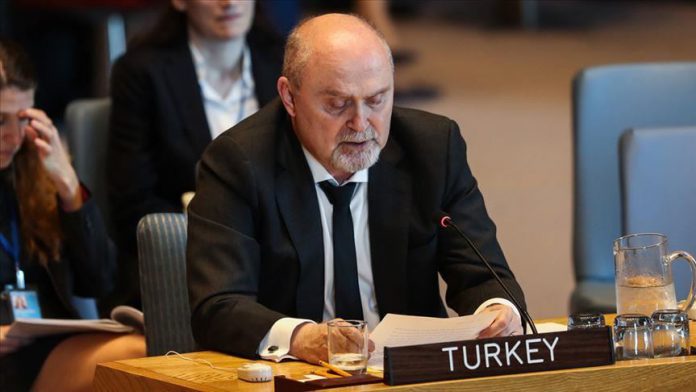 Speaking at an emergency meeting on Idlib, Sinirlioglu warned the regime not to make the mistake of targeting Turkish troops directly.

“Turkey does not want war but Turkey will not hesitate to use force if its security is threatened,” he said. “Any provocation or harassment will be retaliated by all means.”

“It is time for this Council to say ‘enough is enough.’ The council has to stop regime’s ‘war crimes and its reckless behavior that pose threat