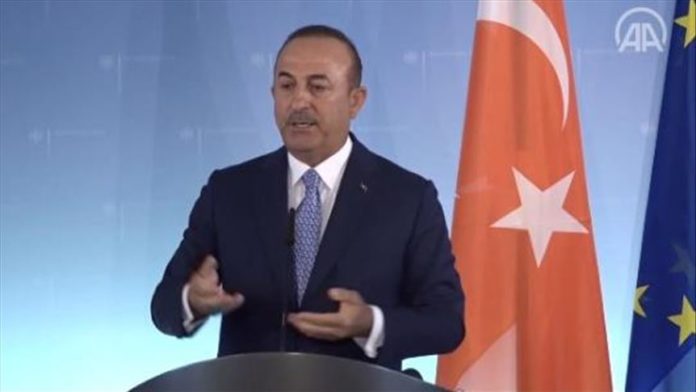 Turkey’s foreign minister on Thursday demanded an apology from France for misleading NATO and EU about recent tensions in the Mediterranean.

“France did not tell the truth to both NATO and EU. The claim that our ships locked is not true. We proved that and gave the documents to NATO. And NATO saw the reality,” said Mevlut Cavusoglu in a joint news conference with his German counterpart Heiko Maas.

“Our expectation from France is to apologize to us for not providing the true information,” he added.

The UN resolution states that the Sarraj government is the only legitimate party in Libya, he added.

“The only and the best solution to the Libyan conflict is political solution and permanent cease-fire,” said Cavusoglu.

Cavusoglu said Turkey is ready for dialogue with France to facilitate a political solution and maintain stabilitiy in Libya.

But everyone agrees “that we need to support the UN efforts to find a politically negotiated solution to the conflict in Libya,” he added.