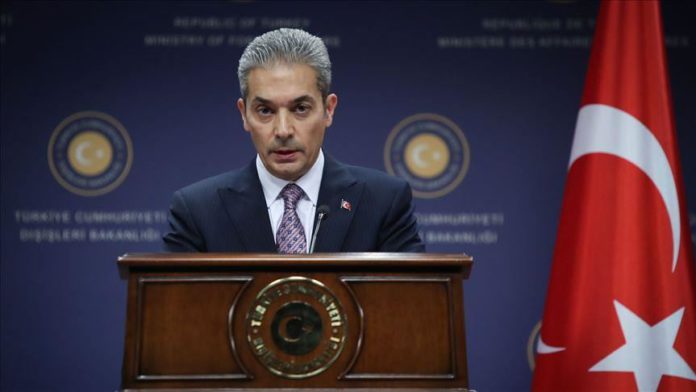 Turkey’s Foreign Ministry condemned Saturday that Greek authorities “provoked public and allowed burning of Turkish flag in Thessaloniki” over reopening of the Hagia Sophia Mosque for worship in Istanbul.

“We strongly condemn that the Greek government and parliament members provoked public through their hostile statements and openly allowed the burning of our glorious flag in Thessaloniki,” Hami Aksoy, the Foreign Ministry spokesman, said in a written statement.

Aksoy said Greece showcased its hostility against Islam and Turkey once again under the pretext of showing reaction against the reopening of Hagia Sophia Mosque for worship.

The first prayer since its official reconversion to a mosque was held on Friday.