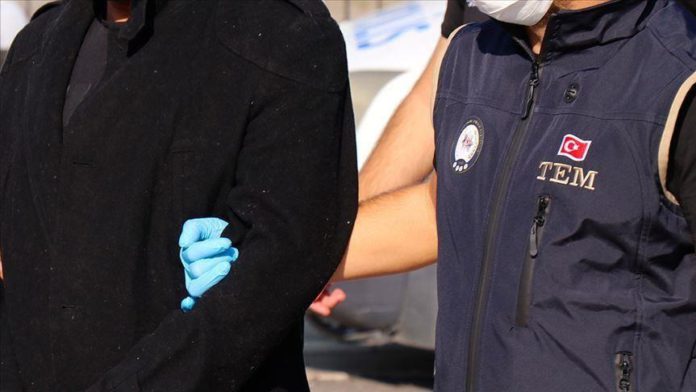 Police anti-terror teams conducted an operation in Istanbul’s Okmeydani neighborhood on Oct. 14 this year, arresting five suspects and seizing digital documents and materials, said the source, who asked not to be named due to restrictions on speaking to the media.

The suspects attempted to destroy the evidence as the police raid was underway. A memory card that was encrypted using three different programs was among the materials seized.

The police deciphered how the terrorist group was structured and terrorist activities carried out by its cells in cities and rural areas by decoding the DHKP-C’s digital archive.

It was learned from the archive that hunger strikes and death fasts were carried out systematically in line with instructions from the so-called Central Committee of the DHKP-C abroad.

In addition, police discovered that in the decisions taken in programs and activities carried out by some professional associations, the interests of the terrorist organization were looked after.

The anti-terror teams conducted simultaneous operations across 12 provinces and arrested 97 senior members of the terror group on Oct. 29 after decoding the digital archive.

In one of the documents, it was revealed that the terror group’s Central Committee asked a professional association to put pressure on the Institute of Forensic Medicine for the release of two terror suspect lawyers, Ebru Timtik and Aytac Unsal, who were on a hunger strike.

The decoded digital documents also showed that the professional association was asked by the terror group to prevent heath care teams in prisons from medically intervening to help prisoners who go on hunger strikes.

The association was asked to open an investigation into the doctors who made medical interventions in order to dismiss them from their profession.

In the documents, it was determined that an investigation was launched by the association into the doctors who treated Mustafa Kocak, who was detained in the case of martyred public prosecutor Mehmet Selim Kiraz.

Moreover, there were allegations that some law associations and bar association executives organized activities under pressure from the organization.

In four notes in the digital documents seized by the police, it was determined that the band ‘Grup Yorum’ is the most important organization in recruiting for the DHKP-C.

One of the notes said “Grup Yorum calls the people to the mountains. It is part of our armed struggle.” The band was asked to be supported by the organization in the notes.

Grup Yorum also received instructions to mention and share pictures among young people at their concerts of members of the terror group who were neutralized by Turkish security forces or died on hunger strikes.