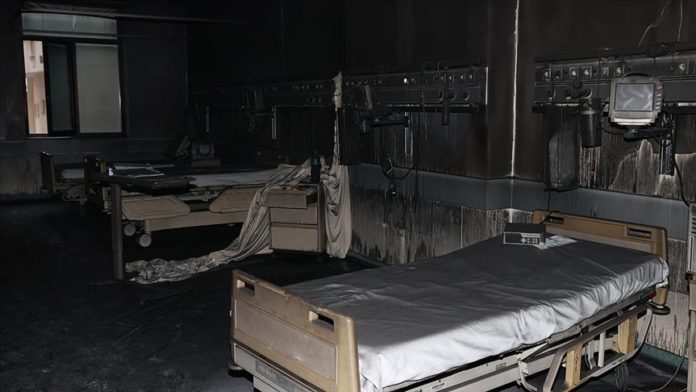 The death toll from a fire in an intensive care unit of a private hospital in southeastern Turkey rose to 12, a security source said on Monday.

Munevver Guler, who was taken to another private hospital after the fire broke out, could not be saved despite all efforts, said the source, who asked not to be named due to restrictions on speaking to the media.

The fire took place at 4.45 a.m. (0145 GMT) Saturday in a COVID-19 intensive care unit at the SANKO University Hospital.

The blaze was caused by the explosion of an oxygen ventilator. Eleven patients receiving virus treatment were transferred to nearby hospitals.

Over 50 people, including doctors, health staff and security guards, were affected by the fire while moving the patients, the hospital said in a statement, adding that an investigation has been launched into the incident.

Two prosecutors along with an expert committee are looking into the cause of the hospital fire, according to the prosecutor’s office.

The painful incident has upset us all, Health Minister Fahrettin Koca said on Twitter. Wishing Allah’s mercy upon the victims, he said the government is closely following the developments.

Football: Monchengladbach remain atop of Bundesliga