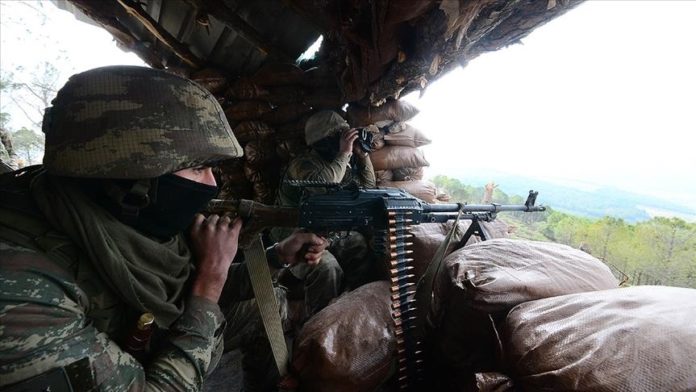 At least 711 terrorists were neutralized and 71 terror attack attempts were prevented over the past year in Syria’s Tal Abyad and Rasulayn districts cleared of terrorism with Turkey’s cross-border operation, a Turkish authority said on Tuesday.

The Governor’s Office in the southeastern Sanliurfa province recalled in a statement that Operation Peace Spring was launched on Oct. 9, 2019, against the YPG/PKK and Daesh/ISIS terror groups in northern Syria to eliminate a terror corridor to be established in the southern border of Turkey, to bring peace and tranquility to the region, and it was concluded successfully.

The statement said a local security force was established in the region through consultations provided by Turkish security forces and added: “The activities of the Turkish Armed Forces and SNA [Syrian National Army] to prevent the infiltration of terrorists to the operation area continue without any pause.”

“In the operations, 71 YPG/PKK terror attack attempts targeting local security units and innocent civilians in the region have been prevented so far,” it added.

Large amounts of ammunition and explosives were also seized in the operations.

Germany hopeful for peace in wake of UAE-Israel deal