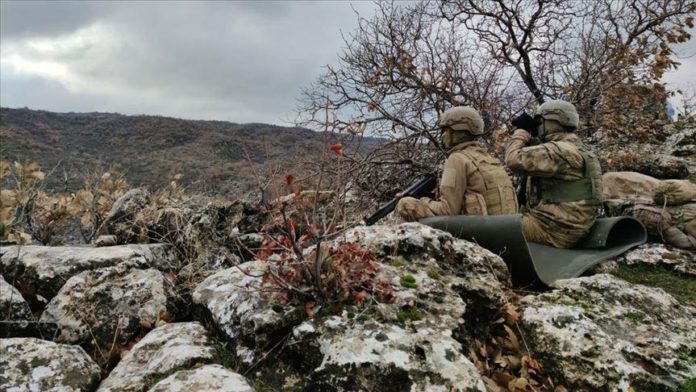 In November, 140 terrorists were “neutralized” in Turkey’s operations against the terrorist organization YPG/PKK, which does not hesitate to target even infants and children to disrupt peace in the country.

Security forces, conducting operations day and night not only in city centers and rural areas but abroad as well, regardless of adverse weather and challenging terrain conditions, inflicted a heavy blow to the YPG/PKK terror group in November.

A total of 140 terrorists were neutralized in operations within the country and abroad on Nov. 1-30. Many suspects linked to PKK and their youth recruitment group were arrested in operations conducted in many cities.

Of the total suspects, 37 were taken into custody and procedures of many suspects are ongoing at the police department and gendarmerie.

A security official and three workers were martyred in attacks by YPG/PKK in November.

Many weapons, explosives, ammunition, and life supplies were seized in operations by security forces conducted to neutralize terrorists and destroy their shelters.

As of Nov 29, the total number of terrorists surrendered through persuasion efforts by Turkish security forces since Jan. 1 has risen to 216.