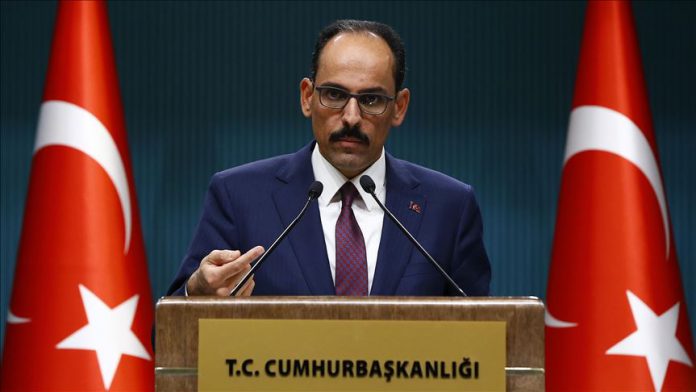 Turkey continues to be vigilant although its anti-terror operation in northern Syria dealt a heavy blow to terrorists aiming to establish a terror corridor in Syria, said Turkish presidential spokesman on Monday.

“The Operation Peace Spring has eliminated to a large extent the aims of establishing a terror corridor, even a terrorist state, in northern Syria,” Ibrahim Kalin told reporters following a Cabinet meeting at the presidential complex.

“A considerable blow was dealt on this terror corridor. However, Turkey continues to be vigilant,” Kalin added.