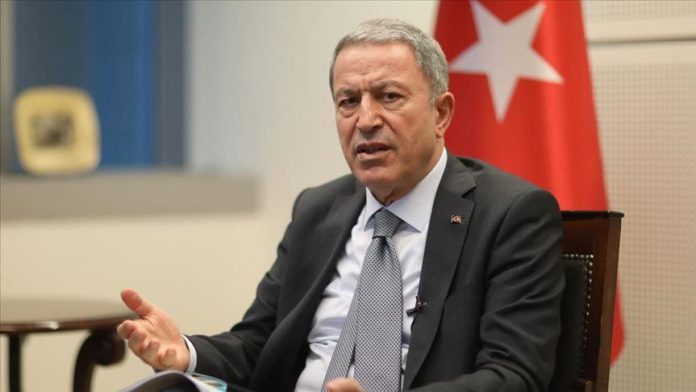 Turkey’s deal with Moscow on the withdrawal of YPG/PKK terrorists from northern Syria is right on track, Turkey’s national defense minister said Saturday.

“Everything is normal, and [the deal] is going as planned,” Hulusi Akar told reporters in Brussels following a NATO defense ministers’ meeting.