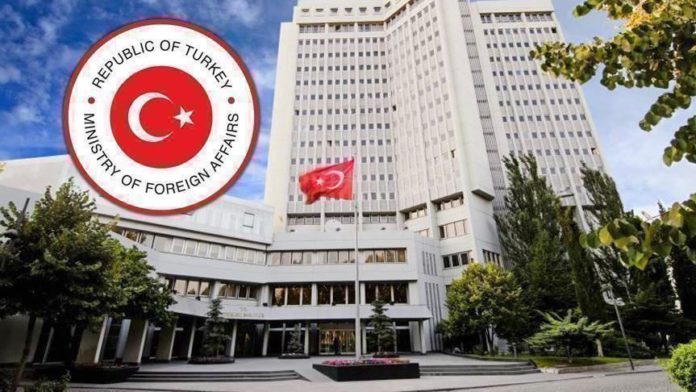 The Trafficking in Persons Report (TIP) 2020 affirmed Turkey’s efforts against human trafficking but expressed disappointment that the country had not moved a level up yet, according to a statement.

“Turkey is home to more than 4 million displaced people, and takes on more and more migrants each year, due to the instabilities and conflicts in our region. Despite that, Turkey is fighting human trafficking quite decisively,” the Foreign Ministry said.

It went on to say that Turkey has implemented related deals and laws, created awareness in the society on the matter, sought and protected victims, and brought criminals to justice.

In addition, findings in the report demonstrate that PKK/YPG is a terrorist and criminal organization, involved in the kidnapping of children, the statement said.

“However, leaving out the 140 families who have been protesting in southeastern Turkey, Diyarbakir province, in order to find their children kidnapped by the PKK, and other 13 families who are reunited with their children, is a huge flaw, if not intentional,” said the Foreign Ministry.

Since last September, families have been protesting in Diyarbakir demanding that their children kidnapped by PKK be returned. Many of the children returned to their parents after seeing them on television and newspapers.