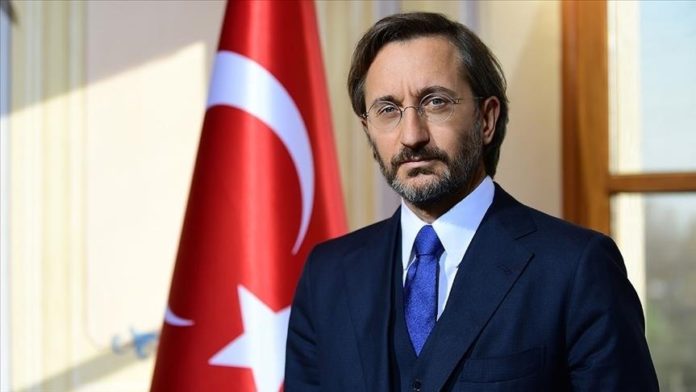 Turkey’s communications director reacted Thursday to a court ruling on the closure of Quran courses in the Turkish Republic of Northern Cyprus (TRNC), saying the decision “is the product of an ideological and dogmatic mind.”

“To interpret secularism in such a shallow and wrong way is a step towards abolishing fundamental rights and freedoms,” Fahrettin Altun said on Twitter, referring to the Constitutional Court of the Turkish Republic of Northern Cyprus’s objection regarding the authority of the Presidency of Religious Affairs concerning education of the Quran.

He went on to say that secularism guarantees freedom of religion and cannot be used as a means of banning religious education.

The “wrong decision” is a threat to the existence of the Turkish Cypriots and unity, Altun noted.

Defining the decision as a “judicial coup against the freedom of religion and belief,” he stressed that it is the duty of everyone who respects democracy to react to this decision, which is “unacceptable.”