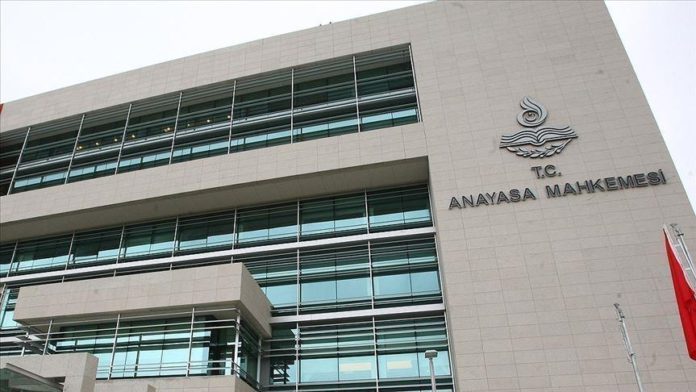 Turkey’s top court Tuesday ruled that the rights of a businessman currently detained on charges related to the defeated 2016 coup by the Fetullah Terrorist Organization (FETO) had not been violated.

Osman Kavala had filed an individual application to the Constitutional Court claiming that his rights to liberty and safety were violated and so his detention was illegal.

The application had been sent to the court’s General Assembly on Dec. 15.

Meeting in the capital Ankara, the General Assembly discussed Kavala’s application and ruled in an 8-7 vote that his rights to liberty and safety, guaranteed under Article 19 of the Constitution, had not been violated.

In 2017, Kavala was accused of “trying to overthrow or hinder the government of Turkey using force and violence, property damage, unauthorized possession or exchange of dangerous substances, intentional wounding, aggravated wounding”, and other charges related to the Gezi Park events of 2013.

In the summer of 2013, a small number of demonstrations in Istanbul’s Gezi Park grew into a nationwide wave of protests against the government that left eight protesters and a police officer dead.

The government later said the protests were orchestrated by FETO terror group members who had infiltrated the police and courts.

This February, Istanbul’s 30th High Criminal Court acquitted and released him over a lack of evidence, but he was then arrested over the 2016 defeated coup, charged with attempting to overthrow the constitutional order in the foiled coup by the terror group FETO.

In May 2019, by a 10-5 vote, the Constitutional Court rejected a previous individual petition for Kavala’s release.