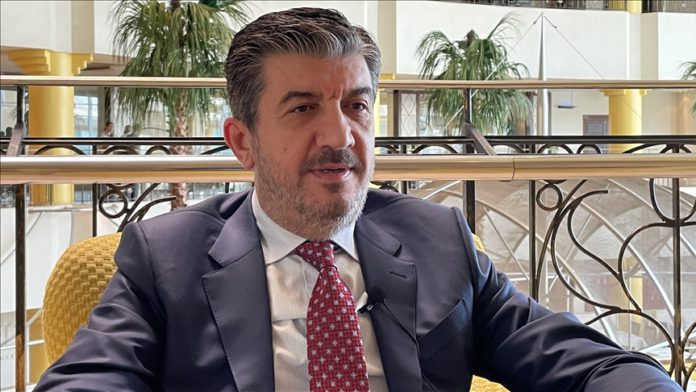 With the right policies, Turkey could play a crucial role in Libya’s reconstruction period, a top business leader said.

Murtaza Karanfil, the head of Turkey-Libya Business Council of the Foreign Economic Relations Board (DEIK), told Anadolu Agency in an interview that Turkey is not seen as a colonial state in the region like many other countries.

Noting that this opportunity should be used carefully, Karanfil said: “Turkey has the know-how and full knowledge of Libya’s business culture.”

He highlighted that there are no security problems for Turkish businesspeople in Libya.

Touching on the second conference on Libya in Berlin in late June, Karanfil questioned the decision on the elections scheduled for Dec. 24, 2021, saying “in my opinion, it is a little difficult to hold an election on that date.”

“There is a putschist illegitimate person – warlord Khalifa Haftar – holding power in eastern Libya until now. First, the security issue in the east of Libya must be resolved because the election cannot be held in the shadow of weapons.”

Libyans hope the new unity government will end years of civil war that have engulfed the country since the ouster and killing of strongman Muammar Gaddafi in 2011.

“In the January-June period, exports from Turkey to Libya reached almost $1.2 billion with an increase of 72.3% compared to the same period last year,” Karanfil said.

On the other hand, exports of building materials to Libya have come to a standstill due to the Tobruk-based House of Representatives not approving the budget, he said.

Approval of the budget means the export of building materials needed by both the public and private sector and the resumption of contracting work mainly provided by Turkey, according to Karanfil.

If the budget is approved, Turkey’s exports to Libya will exceed $3 billion in 2021, he added.

Karanfil, who is also the chairman of the Karanfil Group, said they are continuing initiatives to set up an international logistics base in Libya.

He said Libya with its 1,770 kilometers (1,100 miles) coastline on the Mediterranean Sea is a hub just across Europe, adding: “It is also a gateway to Africa through which Turkish businesspeople can raise their exports to the continent easily.”

Emphasizing that regular roll-on/roll-off (RORO) shipping services between Turkey and Libya were started in June, Karanfil said regular RORO and cargo services to Libya were operated occasionally before the war as well as during the war, but they were not permanent.

Turkey’s exports will be able to reach Libya in four days, offering an advantage to Turkish manufacturers, industrialists, and exporters, he said.