TurkishPress
Home News Turkey coordinating with US in Libya: official 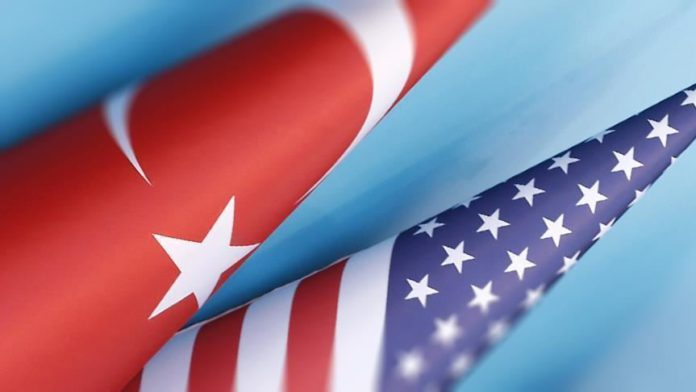 The US Africa Command (AFRICOM) and NATO have confirmed that Al-Jufra airbase, which was captured in 2017 by militias loyal to renegade commander Khalifa Haftar, is accommodating Russian-made fighter jets, said Salah Al-Namroush.

Speaking to Anadolu Agency in an interview, Al-Namroush discussed the Libyan army’s Sirte operation, Russian intervention in Libya and cooperation with Turkey.

Underlining that Turkey is a big country and a strategic ally of the Libyan government, he said Turkey is in coordination with the US in Libya.

Turkey sent military experts to Libya to assist in the organization of its military forces, he stressed.

Al-Namroush said Libya expects Turkey to support it in the establishment of a professional Libyan army.

He thanked Turkish President Recep Tayyip Erdogan and the Turkish people for standing by Libya during these difficult times.

Under the deal, Turkey has sent advisers to help the Libyan army defeat Haftar’s militias.

Al-Namroush underlined that the Libyan army is continuing its preparations to liberate the city of Sirte from the militias.

“There is no red line for us. We aim to liberate all Libyan lands,” he said.

Al-Sisi said the city of Sirte and al-Jufra airbase are a “red line,” calling on his army to “be prepared to carry out any mission here within our borders, or if necessary outside our borders.”

The government launched Operation Peace Storm against Haftar in March to counter attacks on the capital, Tripoli, and recently liberated strategic locations including Tarhuna, Haftar’s final stronghold in western Libya.

It has condemned military support from Egypt, the United Arab Emirates, France and Russia for Haftar’s attacks on Tripoli, which began in April 2019.

UK will work with Taliban if they take power: Defense chief