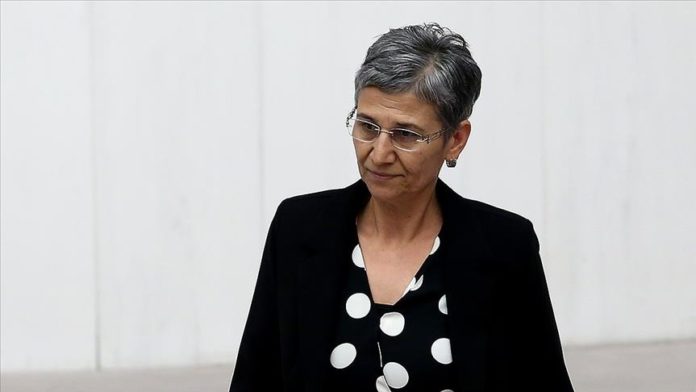 A former lawmaker from the opposition Peoples’ Democratic Party (HDP), who was sentenced to 22 years and three months in jail on Monday, has been sent to prison on Tuesday, a judicial source said.

The Heavy Penal Court no: 9 in Turkey’s southeastern Diyarbakir province had handed Leyla Guven the prison term for being a member of the PKK terror group and disseminating propaganda. The court also issued an arrest warrant for her.

Judicial authorities also launched a criminal proceeding against Guzel on charges of “protecting a criminal.”

On June 4, the Turkish parliament revoked Guven’s legislative immunity after which she was sentenced to six years and three months by a provincial court for being a member of an armed terrorist organization.

On June 9, however, a Turkish court ruled in favor of releasing Guven from prison on probation.

The HDP is accused by the Turkish government of having links to the YPG/PKK terror group.

In its more than 30-year terror campaign against Turkey, the PKK — listed as a terrorist organization by Turkey, the US and the EU — has been responsible for the deaths of nearly 40,000 people, including women, children and infants. The YPG is its Syrian offshoot.