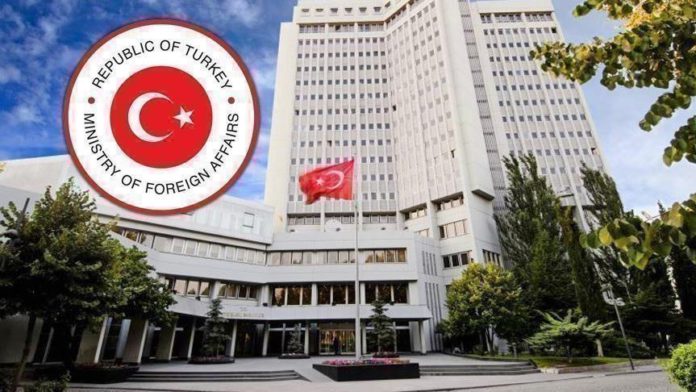 Turkey on Sunday offered its condolences to Pakistan after a terrorist attack on one of its check posts in the southwestern Balochistan province left several paramilitary troops dead.

“We are saddened to learn that 11 members of the Pakistan Armed Forces have lost their lives in today’s (27th December) terrorist attack in Balochistan province and the helicopter crash in Gilgit-Baltistan region of Pakistan,” the Foreign Ministry said in a statement.

Condemning the attack, the statement went on to say: “We wish Allah’s mercy upon those who lost their lives in the terror attack and helicopter crash, swift recovery to the injured and convey our condolences to the friendly and brotherly people and Government of Pakistan.”

The raid occurred late on Saturday night in the Harnai district of Balochistan, which is a key route to the multi-billion dollar China-Pakistan Economic Corridor (CPEC) project.