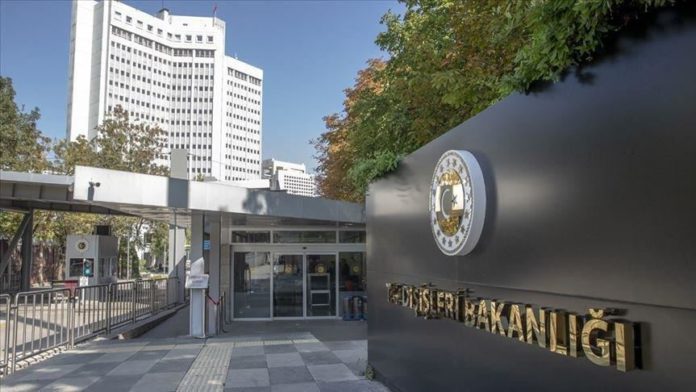 Turkey offered its condolences Monday after a number of people were killed and wounded in a terrorist attack at Kabul University in Afghanistan.

“We wish Allah’s mercy upon those who lost their lives, a swift recovery to the injured and convey our condolences to the friendly and brotherly people and Government of Afghanistan,” the Foreign Ministry said in a statement.

“We are deeply concerned about the recent increase in the number of terrorist acts targeting civilians as well as educational institutions and religious sites,” it added.

At least 19 students and teachers were killed and 22 wounded when unknown assailants stormed Kabul University in the Afghan capital Monday following multiple blasts and a gunfight, officials confirmed.

“They began shooting indiscriminately at everyone in sight,” an eyewitness said.

Interior Ministry spokesman Tariq Arian said in a statement that the attack ended around 17.00 p.m. (1230GMT) with all three attackers killed.

“The vicious terrorist attack on Kabul University ended with all three terrorists killed. In this incident, unfortunately, 19 people were martyred and 22 others injured,” he said in a statement.

Health Ministry spokesman Akmal Samsor told Anadolu Agency that most of the injured, many in critical condition, were rushed to the nearby Ali Abad Hospital.

There has been no immediate claim of responsibility. However, the Taliban, through a statement, denied involvement.