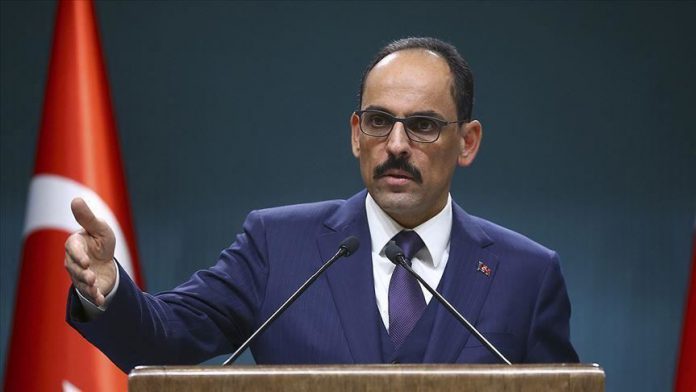 Turkey’s presidential spokesman discussed Thursday the U.S.’ so-called “Deal of the Century”, and developments in Syria and Libya over the phone with the U.S. national security advisor.

According to a statement from the presidency, Turkey’s Ibrahim Kalin conveyed his country’s concerns to Robert O’Brien on the so-called Middle East peace plan.

Kalin emphasized that Turkey supports a two-state solution to the Israeli-Palestinian conflict and the creation of an independent and sovereign Palestine state based on 1967 borders with East Jerusalem as its capital.

Turkey will not support any plan that Palestinian rejects in the region, Kalin stressed over the