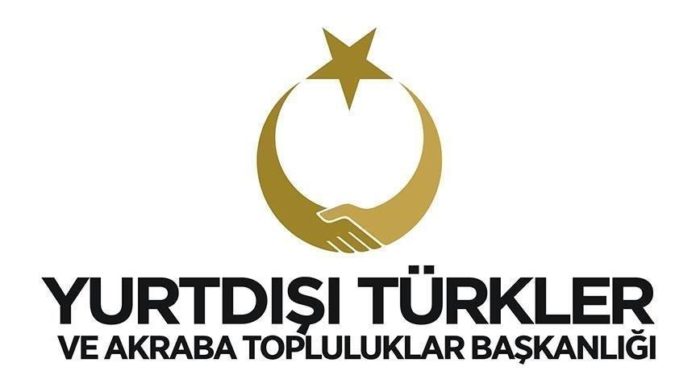 Ankara continues to support the Turkish diaspora despite the difficult conditions caused by the novel coronavirus pandemic.

According to Turkey’s Presidency for Turks Abroad and Related Communities (YTB), which coordinates activities for Turkish people living overseas, numerous projects and support programs on Turkish language and culture, literature, social services, and human rights and law were completed this year.

To strengthen diaspora Turkish communities’ relationship with their native tongue and diversify the culture, the YTB Turkish Awards competition was held for a second time this year.

Contestants submitted their short stories, poetry, and essays in the event, receiving books for their participation.

The YTB also organized the Time for Turkish Project Support Program to enable diaspora children and youth to learn proper Turkish and get acquainted with the Turkish culture better, and stipulate educational undertakings of the diaspora organizations.

Among the projects the program has aided, the Don’t Be A Stranger To Your Turkish, Learn Turkish project came to fruition, along with the Turkish Education Union in Odense, Denmark. Also, three different studies were supported in neighboring Norway.

Various scholarship programs were also launched to support the educational and academic undertakings of students in Turkish diaspora communities.

These programs, under the Citizens Abroad Scholarships, aimed to increase both the quality and quantity of academic studies, encourage academic success, and raise a qualified human resource pool in Turkish education.

Marking the 10th anniversary of its founding, the YTB organized the Turkish Diaspora Media Awards to encourage serving and aspiring professionals in the sector.

This initiative aimed to help diaspora children become fluent in both Turkish and the language of the country where they resided.

In another program, the YTB sought to motivate Turkish young people in Belgium to enroll in university.

The body held the program in three cities for high school students and their families in cooperation with the Turkish organization Diaspora 1964 and local officials.

Coordinating again with the Diaspora 1964, the YTB brought law school students in Europe together to visit the EU Parliament, Belgium Federal Parliament, and Turkish Permanent Representation to the EU.

With YTB support, Turkish language and culture classes were organized in the Lokeren, Leuven, and Gent provinces of Belgium.

The classes were taught by the Institute for Turkish Studies, Integration, and Research in 11 classrooms across four schools.

As part of the Fuat Sezgin History of Experimental Science Workshop — also supported by the YTB — teenagers in the Netherlands got a chance to study the history of physics, chemistry, astronomy, and mathematics.

With the participation of 25 young people from seven different countries, the YTB organized its Literature academy to help Turks living abroad produce more diverse cultural and artistic works, as well as to raise budding authors for the Turkish world.

In the online program, expert instructors held classes over a week for the participants.

For young initiates in the media sector, the YTB held another online class this year to help them grasp the changes in the field, as well as how to express themselves using new media.

In the YTB’s Personal Development Academy, 74 young people across seven countries were trained by experts in personal image, speech, interview, and negotiation techniques.

It held a similar program for young people in the Success in High School Graduation Exam Awards Program, who received classes in personal development, as well as self-confidence and interview techniques.

The academy organized the Children’s Academy to promote science, art, literature, and philosophy among young Turkish nationals and residents abroad.

It included classes in astronomy, science, art, and creative writing, as well as arts and crafts activities for its youngest participants.

The YTB also moved to provide psychological support to members of Turkish communities abroad as they stayed at home during the height of the novel coronavirus pandemic.

In an initiative to make Turkish written sources more accessible and support Turkish people’s proficiency in their mother language, the YTB also opened the Anadolu Reading Houses across the world.

As part of the project, the YTB brought the authors of Turkish books together with their readers overseas.