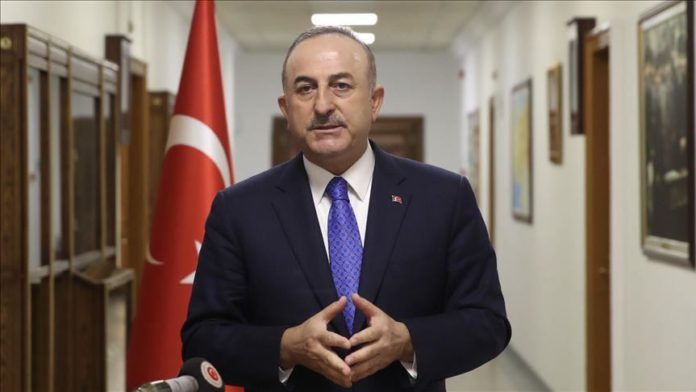 Turkey’s foreign minister on Tuesday said that 507 Turkish citizens living abroad had died due to the novel coronavirus.

The bodies of over 400 Turkish expats have already been returned to Turkey, Mevlut Cavusoglu told local broadcaster Akit TV.

Cavusoglu also said that over 65,000 Turkish expats from 110 countries have been flown home since the outbreak of the virus.

A total of 300 Turkish citizens from Kazakhstan will be brought to Turkey on a Turkish Airlines flight today, he said, adding that another flight tonight will evacuate citizens from the Dominican Republic and nearby countries.

The same flight will also bring back Bulgarian, Romanian, and Azerbaijan citizens, he added.

Highlighting expats’ difficulty getting home due to strict quarantine measures, especially from some counties in Africa and Latin America, Cavusoglu said: “We’re taking care of those we cannot bring back one by one. We have sent additional funds to our foreign missions.”

Cavusoglu said that around 500 Turkish citizens in several countries are undergoing coronavirus treatment, and Turkey’s missions in these countries are in contact with expat citizens.

The top diplomat also said that Turkey continues sending aid to other countries, and a total of 79 countries have received Turkish assistance.

“We have not requested a donation from any country or needed it.”

In April, Cavusoglu said that Turkey is the third-biggest supplier of medical aid worldwide amid the coronavirus pandemic.

The pandemic has killed nearly 287,000 worldwide, and it infected some 4.2 million, while over 1.46 million people recovered from the disease, according to figures compiled by the US’ Johns Hopkins University.

On the northwestern Syrian province of Idlib, along Turkey’s southern border, Cavusoglu said that thanks to a March deal between Turkey and Russia, a great humanitarian tragedy in the region was prevented.

Joint Turkish-Russian land patrols along the key M4 and M5 highways in Idlib are continuing, he added.

On the ongoing civil war in Libya, Cavusoglu said that if Turkey had not reset the balances, the war would have spread into the capital Tripoli and dragged on for at least another decade.

“We believe the best and only solution is a political one. A military solution cannot amount to anything,” he added.

Khalifa Haftar, the leader of illegal armed forces in eastern Libya, has intensified attacks on civilians since the beginning of May, as the Libyan Army recently gained an advantage and inflicted severe losses on his militants.