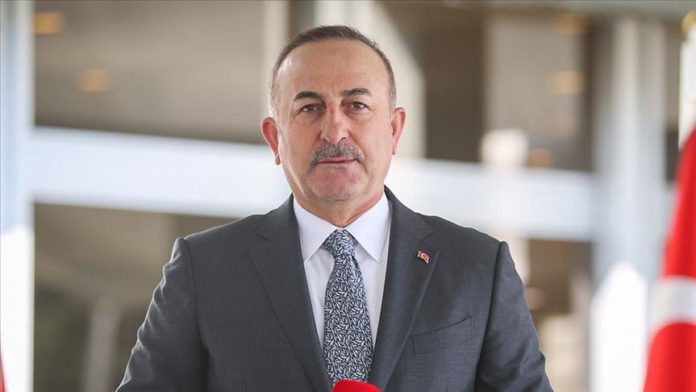 Turkey’s foreign minister on Sunday extended condolences to his British counterpart over a recent deadly knife attack in the English town of Reading, sources said Sunday.

Mevlut Cavusoglu spoke to Dominic Raab over the phone, according to diplomatic sources who asked not to be named due to restrictions on speaking to the media.

During the conversation, Cavusoglu expressed sorrow over the stabbing incident, and said that he shared the pain of the families of the deceased and the injured.

The Turkish Foreign Ministry also decried the attack in a statement.

“We condemn the appalling stabbing attack that took place in Reading/UK last night (20 June),” it said.

“This heinous attack once again demonstrated the brutal and merciless nature of terrorism that targets lives of innocent people,” added the statement, also conveying condolences to the British people.

The ministry added Turkey is in solidarity with the British people on “this difficult day.”

On Saturday night, a knife-wielding man killed three people and seriously wounded three others in the town of Reading, some 60 kilometers (37 miles) from the capital London.

Thames Valley Police have declared it as a terrorist incident.