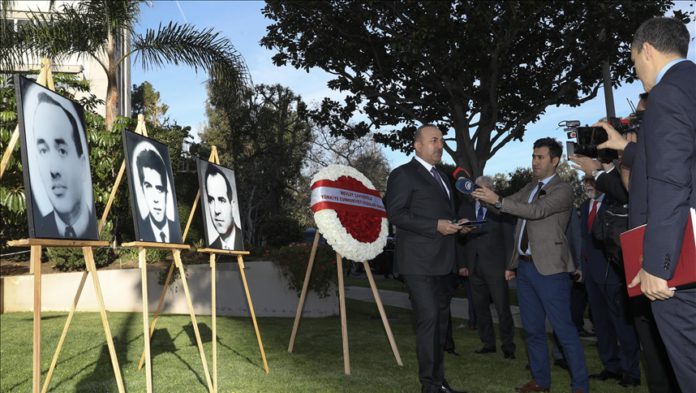 Turkey on Saturday condemned the US extradition of Hampig Sassounian, an Armenian origin who assassinated a Turkish diplomat in Los Angeles in 1982.

Turkey learned that Sassounian was “deported to a third country,” said a statement by the Turkish Foreign Ministry.

“We consider this decision regarding the aforementioned terrorist as a grave mistake and a concession to terrorism and we once again condemn it,” Tanju Bilgic, the spokesman for the Turkish Foreign Ministry, said in the written statement.

Turkish Consul General in Los Angeles Kemal Arikan was killed on Jan. 28, 1982, by Sassounian and his accomplice Krikor Saliba on behalf of an Armenian terrorist group.

Sassounian was arrested and sentenced to life in prison, while fugitive terrorist Saliba was claimed to have been killed in the Lebanese civil war in 1982.

Bilgic further said: “It is obvious that such decisions will serve to the agenda of circles seeking to glorify terrorism as a functional tool that can be used for political purposes, not to the fight against terrorism.”

Sassounian was convicted of fatally shooting Arikan while he sat in his car at an intersection in Los Angeles nearly four decades ago. However, the Los Angeles County Superior Court ruled in favor of his release on parole earlier this year.

In a related development, Sassounian was reported Friday to have arrived in Armenia.

The Public Radio of Armenia, along with other Armenian news outlets, broadcasted a message by Sassounian confirming his arrival in Armenia.

The vast majority of the attacks on Turkish diplomats and citizens were conducted by the ASALA and JCAG terrorist groups.

The assassinations took place in the US, Austria, France, Italy, Spain, Lebanon, Greece, Switzerland, the Netherlands, Canada, Portugal, Iran, and the UK.

At least 58 Turkish nationals, including 31 diplomats, were martyred by Armenian terrorist groups, according to the Turkish Foreign Ministry.