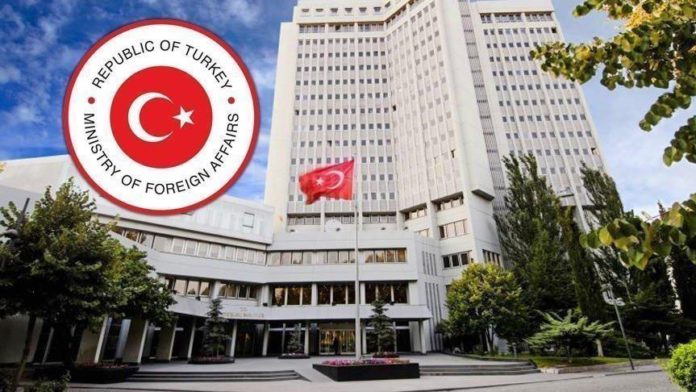 “We are saddened to receive the news that many soldiers and civilians lost their lives in Somalia today (3rd April) in the terrorist attacks targeting the Somali National Army troops and innocent civilians,” the Turkish Foreign Ministry said in a statement.

“We strongly condemn these heinous terrorist attacks and offer our sincere condolences to the friendly and brotherly government and people of Somalia,” the statement added.

“We wish Allah’s mercy upon those who lost their lives in the attacks and speedy recovery to the wounded,” it read.

“Turkey will continue with determination to stand by the government and people of Somalia in their fight against terrorism,” the statement added.

Earlier on Saturday, a Somalian official said that at least 76 militants were killed when a fierce fighting broke out in southwestern Somalia between terrorist group al-Shabaab and the military.

Al-Shabaab claimed that it killed over 47 government soldiers in the attack on the Bariire military base and seized several military vehicles.

Separately, four teenagers and an infant were killed and at least four more people were injured in a suicide attack in Somalia’s capital on Saturday evening.

A suicide bomber blew himself up near a busy restaurant in Mogadishu’s Shangani district, according to police spokesperson Sadaq Adan Ali.

No group has yet claimed responsibility for the bombing, but the al-Shabaab terror group has been behind most recent attacks in the Somali capital.