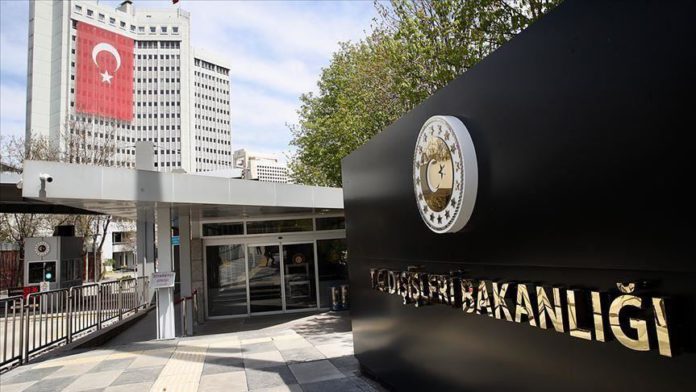 Turkey on Thursday “strongly condemned” a police raid on a mosque in Berlin, Germany.

“Such an ugly act in the capital of a country that tries to lecture others on freedom of expression and belief is also thought-provoking,” read a Foreign Ministry statement.

“This raid was not only against the community in the Mevlana mosque; it was also an act against all the Muslim community, and it is inexplicable,” it added.

It urged the German authorities to acknowledge that the Muslim community, whose population in Germany is almost five million, is an integral part of Germany and stop “excluding and marginalizing them.”

Police raid Mevlana Mosque on Wednesday over a financial investigation, when the community gathered for morning prayers.

Some 150 police walked inside the mosque in their boots, which the ministry called “inexcusable”.