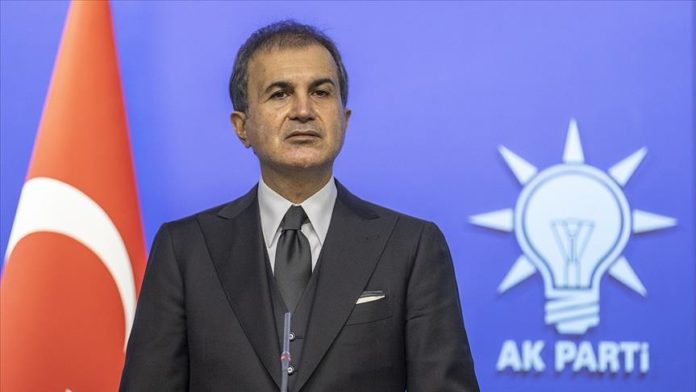 “We condemn the Greek Cypriot administration for printing a stamp commemorating the 65th anniversary of the EOKA terrorist organization,” said Omer Celik, spokesman for the Justice and Development (AK) Party on Twitter.

“EOKA is a massacre network. This terrorist organization that killed the Turkish Cypriots ruthlessly can only be remembered with a curse,” he added.

He stressed that the Greek Cypriot administration’s commemoration of EOKA shows that “it still supports this murder network.”

“The Turkish Cypriots existed and will continue to exist by fighting these murderous organizations,” he added, underlining Turkey’s endless support for Turkish Cypriots.

The EOKA was a pan-Hellenic armed movement aiming for the unification of Cyprus with mainland Greece.

It forced Turkish Cypriots out of their homes and killed those who were in their way.

Following a military coup on the island led by the leader of the EOKA, Nikos Sampson, Turkey sent a peace mission to aid Turkish Cypriots in the north in 1974.