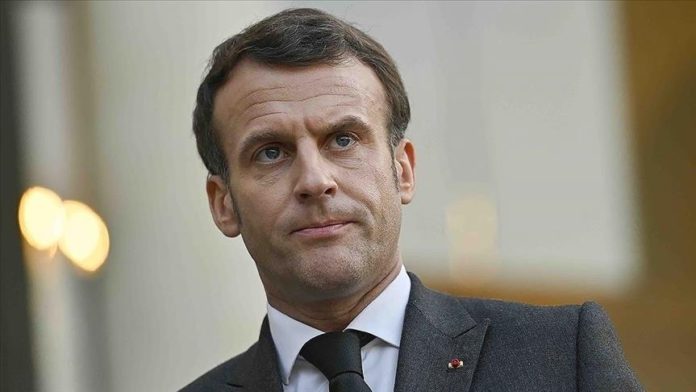 Turkey on Tuesday condemned a meeting between French President Emmanuel Macron with members of the so-called Syrian Democratic Council, which is under the control of the YPG/PKK terrorist group.

In a statement, Foreign Ministry Spokesman Tanju Bilgic said that France’s ties with the “bloodthirsty terrorist organization” and its extensions, which have a separatist agenda, undermines Turkey’s national security, efforts to protect Syria’s political unity and territorial integrity and to ensure stability in the region.

“We also remind the French and international public of the fact that the organization has recently bloodily suppressed peaceful demonstrations of young people who refused to join the organization, bombed civilian targets such as Afrin Hospital, attacked Syrian civilians, including children, and tortured prisoners to death,” the statement said.

“We repeat once again that Turkey will resolutely continue its fight against this terrorist organization and its extensions everywhere,” it added.

On Monday, Macron received a delegation of the so-called Syrian Democratic Council at the Elysee Palace in the French capital Paris.

In its more than 35-year terror campaign against Turkey, the PKK − listed as a terrorist organization by Turkey, the US, and EU − has been responsible for the deaths of over 40,000 people, including women, children, and infants. The YPG is PKK’s Syrian offshoot.​​​​​​​