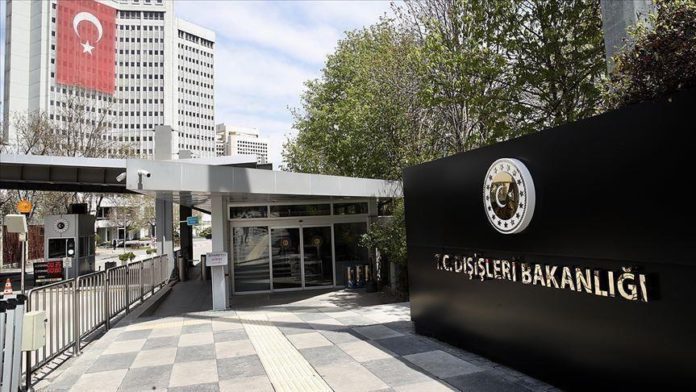 “We regret that the Iranian scientist Mohsen Fakhrizadeh lost his life as a result of an armed attack in Tehran. We condemn this heinous murder and extend our condolences to the government of Iran and the family of the deceased,” said the nation’s Foreign Ministry.

Turkey opposes all kinds of attempts to “disrupt peace and tranquility” in the region, and terrorism, regardless of the perpetrators or target, it said. “In this regard, we hope that those who committed the action will be unveiled and held accountable before justice, and we invite all parties to act with common sense and restraint, and to avoid attempts that will lead to an escalation in the region,”.

Fakhrizadeh, who headed research and innovation at the defense ministry, was attacked Friday in Damavand county near Tehran. Assailants reportedly exploded a vehicle ahead of Fakhrizadeh and fired at his vehicle, wounding him and others with him.

The wounded were rushed to a hospital where Fakhrizadeh died from injuries sustained.

Iran’s President Hassan Rouhani joined top officials Saturday in accusing Israel of killing the top nuclear scientist. It is an attack that is fanning the flames of tension in the region.

The attack drew anger and outrage across Iran. A large group of protesters gathered outside Rouhani’s office late Friday in Tehran and demanded strong retaliation.

It is the second high-profile assassination of an Iranian since January when a US airstrike killed Gen. Qasem Soleimani in Baghdad.