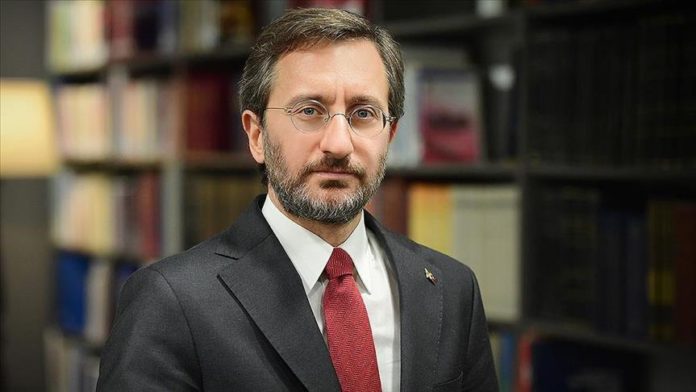 It is a “blow on the freedom of the press,” Turkey’s communications director said on Saturday after Israeli strikes destroyed a high-rise building in Gaza City that housed the offices of various media groups.

“Israel continues to carry out massacres and commit war crimes. The occupying Israel, which targets the Associated Press and Al Jazeera offices in Gaza, has also inflicted a blow on the freedom of the press. I condemn Israel’s heinous attacks on press centres in order to conceal its massacres,” Fahrettin Altun said on Twitter.

Offices of Mayadeen Company for media services, radio station of Voice of Prisoners, and Doha Media Center were among the media offices destroyed by the Israeli shelling.

Israel has pounded the Gaza Strip in airstrikes since May 10, killing at least 145 people, including 41 children and 23 women, and injuring 1,100 more people.

At least five multi-story buildings have also been destroyed in Israel’s recent air raids on the besieged Palestinian territory.