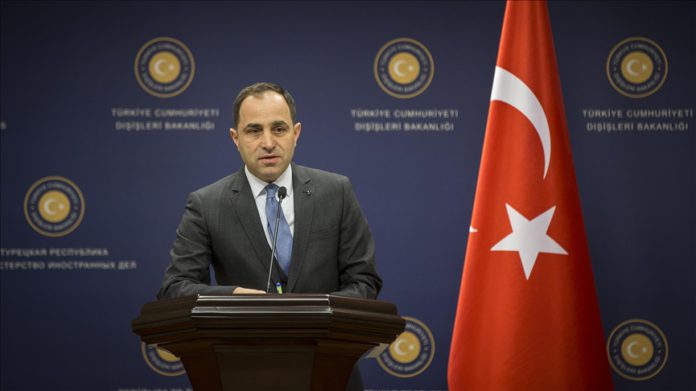 Turkey on Tuesday dismissed remarks made by EU foreign policy chief Josep Borrell on the partial reopening of the Maras region in the Turkish Republic of Northern Cyprus as being worthless for Turkey.

“These and similar statements, which ignore the Turkish Cypriot people, are disconnected from the facts and reflect only the views of the Greek Cypriot side, have no value or provision from our point of view,” said Foreign Ministry spokesperson Tanju Bilgic.

“It is also impossible for this biased EU position, put forward under the pretext of membership solidarity and veto concern, to contribute to the solution of any problem,” he stated.

“Our support for the proposals of the TRNC authorities and all the decisions they have taken on the solution of the Cyprus issue and the opening of Maras are complete,” the statement said.

In 2004 referendums on both sides of the island, Greek Cypriots rejected the UN plan to resolve the island’s issues while the Turkish Cypriots accepted it. Turkey says the EU broke promises it made before the vote, including lifting the blockade from Turkish Cyprus.

Using the Greek name for Maras, Borrell said earlier on Twitter that the “EU strongly condemns Turkey’s unilateral steps and unacceptable announcements on the further reopening of the fenced-off town of Varosha. We call for the immediate reversal of these actions and of all steps taken on Varosha since October 2020.”

Maras was partially reopened to the public last October after being a “ghost town” since 1974.

It was abandoned after a 1984 UN Security Council resolution saying that only its original inhabitants can resettle the town.

Entry into the town located in Northern Cyprus was forbidden except for Turkish army personnel stationed in the TRNC.

The move comes on the heels of last week’s ceremonies marking the 47th anniversary of Turkey’s Peace Operation.