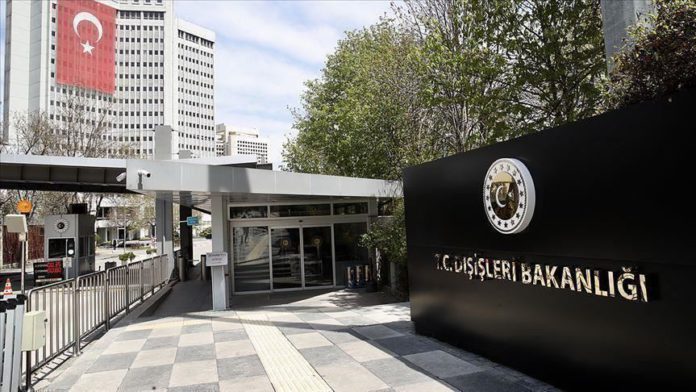 Turkey on Sunday condemned a deadly terror attack in Nigeria.

“We are saddened by the terrorist attacks that took place in Borno State of Nigeria, in the evening of June 13th, claiming many military and civilian lives and leaving several injured,” the Foreign Ministry said in a statement.

The attack in the Gubio village killed at least 30 people, according to a security source.

The statement reminded that many lost their lives in another attack that occurred last week in the same region.

“We condemn these heinous terrorist attacks. We wish Allah’s mercy upon those who lost their lives, speedy recovery to injured and offer our sincere condolences to the people and Government of Nigeria,” the statement added.

Boko Haram terrorists on Tuesday killed 81civilians in an attack on a remote village in Borno State.

Terrorist attacks have killed over 30,000 and displaced about 3 million people since July 2009, when the violence started in the country’s northeastern states of Borno, Adamawa and Yobe, across an area roughly the size of Belgium.