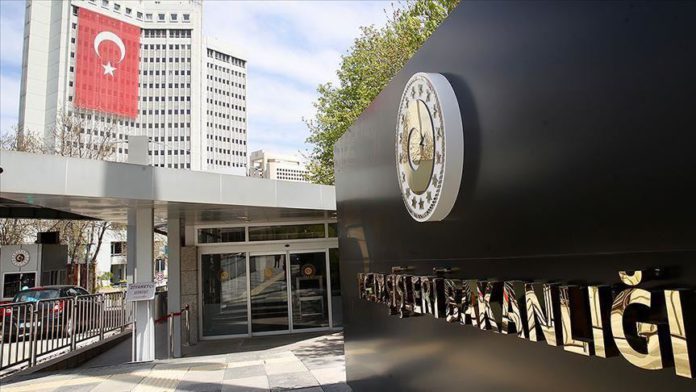 Turkey on Wednesday condemned the assassination attempt on Afghanistan’s first vice president in the capital Kabul.

“We are saddened to receive the news that many people lost their lives and many were injured during the attack to the convoy of Amrullah Saleh, the First Vice President of Afghanistan, in Kabul, this morning,” the Turkish Foreign Ministry said in a statement.

“We condemn the ongoing acts of violence and this most recent heinous attack that occurred, at a time when the Intra-Afghan Negotiations are expected to begin, an important stage for peace process in Afghanistan,” it said, hoping that peace efforts will continue without slowing down.

The ministry wished Allah’s mercy upon those who lost their lives and a quick recovery to the injured.

It also conveyed condolences to the “friendly and brotherly people and government of Afghanistan.”

Saleh’s convoy was the target of a roadside bomb in the capital’s Taimany area during the morning rush hour, said a statement from his office.

While Saleh, the senior of Afghanistan’s two vice presidents, remained unharmed, at least six people were killed and 12 injured in the bombing, according to the Health Ministry.

The former intelligence chief and staunch critic of the Taliban released a video message soon after the attack.

Within hours of the attack, the Taliban issued a statement denying any involvement.

Last year, Saleh also narrowly escaped an attack on his election office in Kabul that left at least 20 people dead.