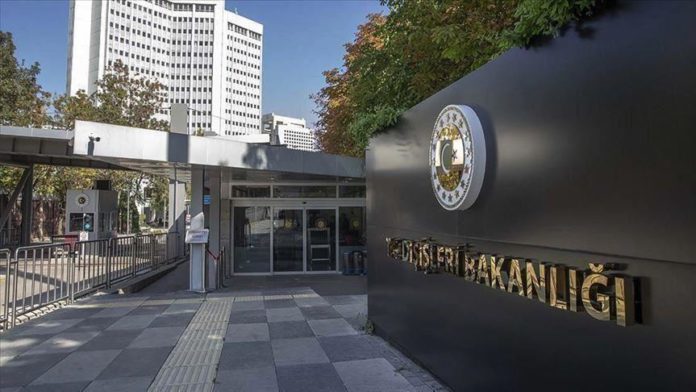 Turkey on Saturday condemned a deadly attack by the Boko Haram terror group in Nigeria that claimed over a dozen lives.

“We are deeply saddened to receive the news that many people lost their lives in a terrorist attack that took place in Baga region of Nigeria targeting the convoy of Borno Governor,” Turkey’s Foreign Ministry said in a statement.

“We condemn this heinous terrorist attack. We convey our sincere condolences to the people and Government of Nigeria, wish Allah’s mercy upon those who lost their lives and a speedy recovery to the injured,” it added.

At least 15 people were killed on Friday as the Boko Haram terror group targeted the governor of the northeastern Borno state, which has been at the center of the insurgency.

Babagana Zulum was on his way to meet residents displaced by the terror group, according to local media, when his convoy came under attack in the Baga region.

The violence, which has claimed more than 30,000 lives, has spread to neighboring Niger, Chad, and Cameroon, prompting a military response.