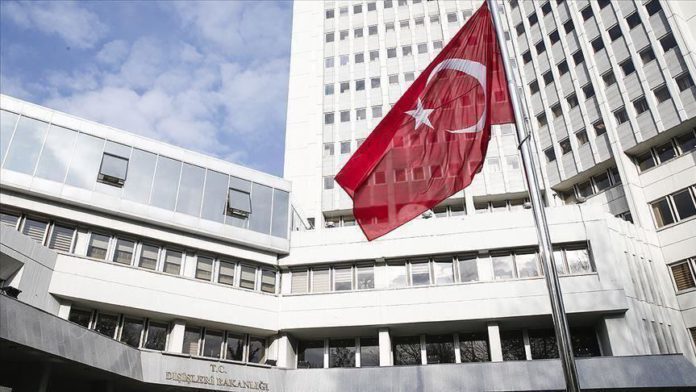 Turkey denounced Greece’s parliament Tuesday for its “baseless and delirious statements” under the pretext of marking the anniversary of the start of the Turkish War of Independence on May 19, 1919.

“The date of 19 May 1919, when the first step of our War of Independence was taken, is a sacred day not only for our nation, but also for all oppressed nations who fought against imperialism. On such a day, the baseless and delirious statements made by the Greek Parliament and institutions under the pretext of marking the anniversary of May 19, 1919 does not accord with historical facts or values of the 21st century,” Turkey’s Foreign Ministry said in a statement.

The statement recalled that the Greek Army invaded Aegean Izmir province after the end of the First World War in 1918, when Istanbul was the only occupied capital.

“This painful occupation turned into a planned and disgraceful invasion that had no justification and was the scene of atrocities.”

“It should not be forgotten that the terrifying dimensions reached by the atrocities committed less than five months after the occupation were serious enough to require the Allies to establish an investigative commission,” the statement said.

The statement went on to say that “it is another proof that irresponsible politicians and radicals are trying to reverse history today” as Greek Prime Minister Eleftherios Venizelos nominated Mustafa Kemal Ataturk for a Nobel Peace Prize in 1934 following the foundation of the Turkish Republic.

“Insisting on our calls for resolving the problems in our bilateral relations through dialogue, Greece’s keeping the hand of friendship we extended as in the past is also a necessity to read the changes of the world correctly.

“It is also a necessity to read the changes of the world correctly for Greece, who insists on being indifferent to our calls for resolving the problems in our bilateral relations through dialogue, to hold our hand in friendship as we have extended it before.”

May 19 is a milestone in Turkish history, the day when Ataturk arrived in the Black Sea city of Samsun from Istanbul in 1919 to launch the war that transformed the nation into modern Turkey four years later.

Ataturk dedicated May 19 to the youth of the Turkish nation as Youth and Sports Day — a national holiday that sees young people stage sporting and cultural activities with official ceremonies organized across the nation.