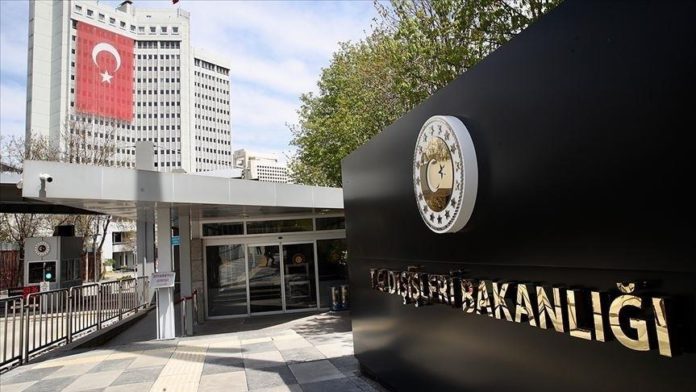 Turkey on Wednesday condemned the recent attack on members of the newly formed government in Yemen.

“We strongly condemn the heinous attack which took place after the plane carrying the members of new Yemeni government headed by Prime Minister Maeen Abdulmalik Saeed […] landed at Aden Airport,” the Turkish Foreign Ministry said in a statement.

“We wish Allah’s mercy upon those who lost their lives in the attack, convey our condolences to the people of Yemen and wish a speedy recovery to the injured,” the ministry said.

At least 13 people were killed and 65 injured in three explosions that rocked the Aden International Airport in southern Yemen on Wednesday, as the newly-formed Yemeni government arrived in the temporary capital.

The Yemeni prime minister said that “the cowardly terrorist act that targeted the Aden airport is part of the war being waged against the Yemeni state and our great people.”

“This act will only increase our determination to carry out our duties until the end of the coup [which was carried out by the Houthi group in 2014] and the restoration of the state and stability,” the premier said.

There was no immediate comment from the Houthi group.

Yemen’s new Cabinet was formed under the Riyadh Agreement signed in November 2019 by the Yemeni government and the Southern Transitional Council, which is backed by the UAE.

According to the UN Office for the Coordination of Humanitarian Affairs (OCHA), the conflict in Yemen has so far claimed the lives of 233,000 people.

US, India vow unity in face of domestic turbulence