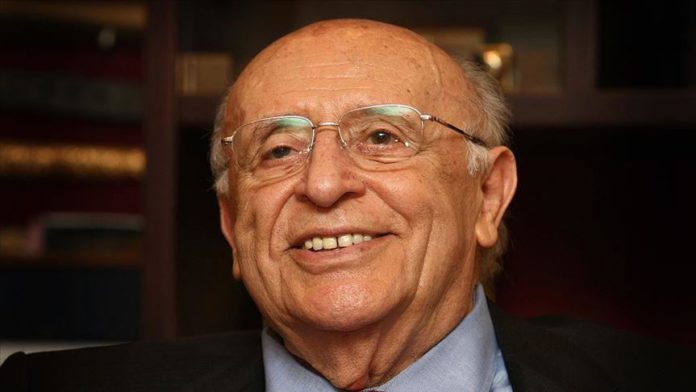 Turkey on Wednesday remembers its ninth president, Suleyman Demirel, who passed away five years ago.

Demirel was ousted twice in military coups and survived an assassination attempt before dying of heart failure at the age of 91.

He was one of Turkey’s most prominent center-right political figures, serving as prime minister seven times and as president from 1993 to 2000.

Born in 1924 to a family of farmers in Turkey’s southwestern Isparta province, Demirel received his primary education in Isparta and neighboring Afyonkarahisar province. He went on to study civil engineering at Istanbul Technical University and completed his master’s degree.

His formal entry into politics began in 1962 when he was elected to the executive board of the center-right Justice Party, which he later headed from 1964 to 1980.

In the 1965 general election, Demirel’s party won an unprecedented 53% of the vote, catapulting him into the role of prime minister.

The Justice Party government led by him between 1965 and 1969 was one of the country’s four periods of single-party rule.

In the 1969 contest, his party was the sole winner by a landslide once again.

However, the late 1960s saw increasing social and economic unrest in Turkey – a period marked by strikes and street demonstrations mostly led by left-wing workers and students.

There were also opposition voices and factions within Demirel’s Justice Party.

Following this, the military forced him to resign.

During these years, he became famous for a statement of pragmatism, “Yesterday is yesterday, today is today,” showing his ability to maneuver politically.

Following the army-led coup of Sept. 12, 1980, Demirel was banned from involvement in active politics for 10 years. His party was closed in 1981, but he stayed in touch with his party members.

He became the leader of the True Path Party (DYP) between 1987 and 1993, when he was elected the ninth president of the Republic of Turkey.

In 1996, he survived an assassination attempt unhurt when a man attempted to shoot him as he attended a groundbreaking ceremony for a shopping center in Izmit province.

In 1997, three years before his presidential term of office ended, another military memorandum was given to then-Prime Minister Necmettin Erbakan from the right-wing Welfare Party.

He was criticized for not supporting the government against the military during the Feb. 28 Military Memorandum – also known as the “postmodern coup” – when generals forced Erbakan to sign critical decisions at a National Security Council meeting.

In 2003, Demirel was reported as saying: “We have to adopt a Turkish-type presidential system,” suggesting that a new style of government should replace the current parliamentary system – a hot topic which dominated Turkey’s 2015 general election.

Demirel spoke English and was the author of a number of books, articles and essays on politics. There are many high schools across the country, a university and an airport in Isparta named after him.

He was buried in Islamkoy village in Isparta after a funeral service at Sehriban Hatun Mosque.