TurkishPress
Home News Turkey collects over 5,700 cubic meters of mucilage from sea in 15... 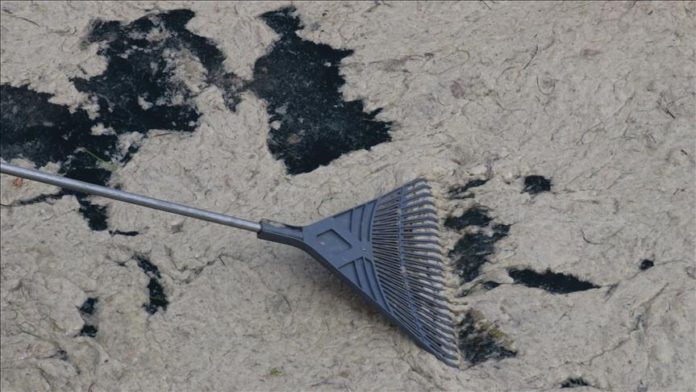 Over the past 15 days, Turkish sea cleaning teams have collected a total of 5,738 cubic meters (202,636 cubic feet) of mucilage from the Sea of Marmara, said the country’s environment and urbanization minister on Wednesday.

Updating on the efforts to clear out the mucilage, also known as sea snot, Murat Kurum said on Twitter that advanced oxygenation devices that would increase dissolved oxygen in the depths of the Sea of Marmara were activated on Tuesday.

Noting that the collected mucilage has been sent for disposal, Kurum said Istanbul, Kocaeli, Bursa, Tekirdag, Balikesir, Canakkale, and Yalova are among the provinces where most of the mucilage has been cleared.

“We are working hard to give our sea and our sea creatures a breath,” he said, adding that they also continue inspections without wasting any time.

This year, mucilage or “sea snot” was detected in January and then intensified and expanded in April, resulting in a serious problem contrary to previous examples, which usually disappeared in a month or 45 days.

As it continued to increase in its intensity in May and June, the Turkish authorities announced a comprehensive action plan to clean up the Sea of Marmara on June 6.