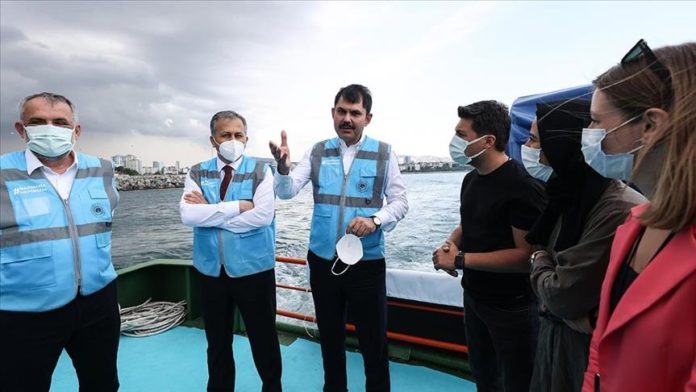 Over the past 12 days, Turkish sea cleaning teams have collected a total of 4,555 cubic meters (160,858 cubic feet) of mucilage from the Sea of Marmara, said the country’s environment and urbanization minister on Sunday.

Updating on the efforts to clear out the mucilage, also known as sea snot, Murat Kurum said on Twitter that the operations were conducted at 278 locations.

Noting that the collected mucilage has been sent for disposal, Kurum said Yalova, Kocaeli, Bursa, Tekirdag, Istanbul, Balikesir and Canakkale are among the provinces where most of the mucilage has been cleared.

On June 6, Turkish authorities announced a 22-point action plan to clear it out.

Russia to take part in joint military drill with NATO