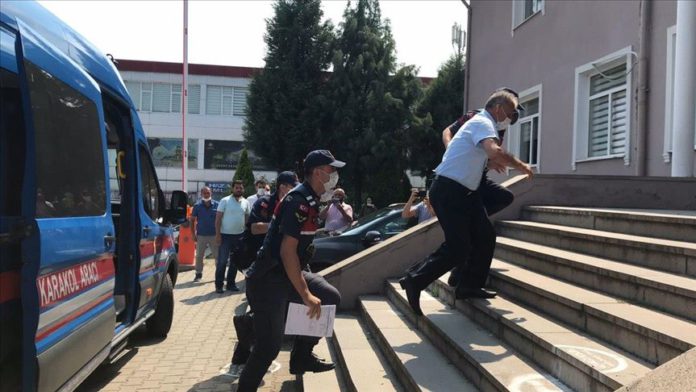 A co-owner of a fireworks factory in northwestern Turkey where a deadly blast occurred last week was remanded in custody early Wednesday while the other was released on bail.

The explosion Friday at the factory in Sakarya province left seven people dead and at least 117 injured.

The two suspects were arrested by gendarmerie forces Tuesday as part of a probe into the blast.

Four people thought to be responsible for the factory’s operations and worker safety were arrested Saturday and detained while their cases were processed by the prosecutor’s office.

The suspects were remanded in custody by the local court in Sakarya on multiple charges of involuntary manslaughter and causing injury.