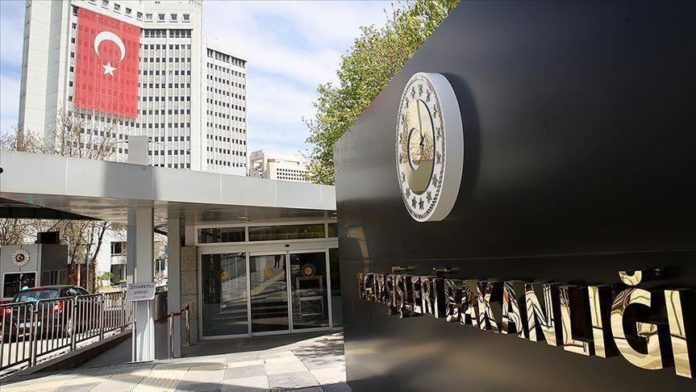 From the beginning, Turkey has pushed for a political process in line with UN Security Council resolutions implemented and embraced by Libyans, said ministry spokesman Hami Aksoy in a statement.

“We are closely following the Libya dialogue meeting held in the city of Bouznika, Morocco,” Aksoy said.

“Turkey has supported these talks; [Foreign Minister] Mevlut Cavusoglu personally participated in the signing ceremony of the Agreement,” the statement said.

“We appreciate Morocco’s constructive attitude towards a solution to the crisis in Libya,” the statement added.

Turkey supports the internationally recognized government based in the capital Tripoli and a non-military resolution of the crisis.