TurkishPress
Home News Turkey: CHP to back any draft law to regulate economy 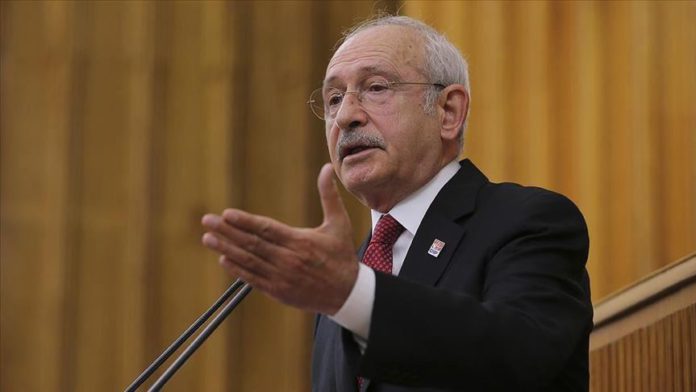 Turkey’s main opposition party will back any draft law to regulate the country’s economy and justice system, its leader said Tuesday.

“[President Recep Tayyip] Erdogan said, ‘We are starting a new period of reforms in the economy and judiciary.’ If they took the necessary lessons, well. If they bring a draft law to the parliament, we will back it,” Republican People’s Party (CHP) leader Kemal Kilicdaroglu told his party’s parliamentary group.

Kilicdaroglu said the CHP defends justice for every Turkish citizen.

Kilicdaroglu called on the government to free the central bank’s decisions.

Erdogan on Friday said Turkey began a new era of reforms for the economy and the judiciary.

The Turkish president said the priority is to immediately draw the inflation rate to single-digits and his government is launching “a new campaign focusing on stability, growth, and employment.”