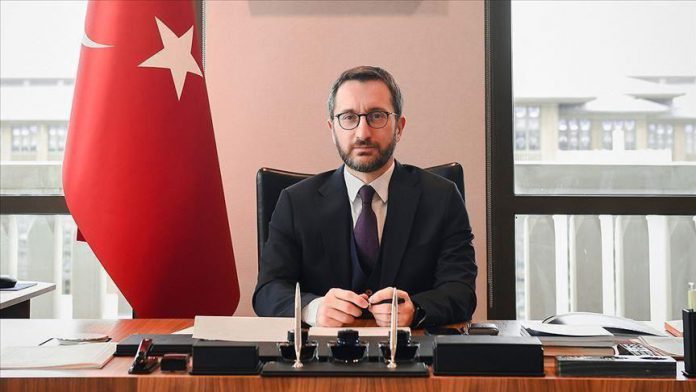 Turkey and China will fight propaganda spread through the media together, Turkey’s director of communications said on Wednesday.

According to a statement by the directorate, Fahrettin Altun received a delegation headed by Gao Jianmin, the deputy minister of China’s National Radio and Television Administration.

During the meeting, Altun said: “We think Turkey and China should work in the new period in very close coordination on media and communications within the new cooperation philosophy.”

Underlining that Turkey hoped for strong cooperation between the two “friendly countries” in the fields of media, communication and public diplomacy, Altun stressed the importance of