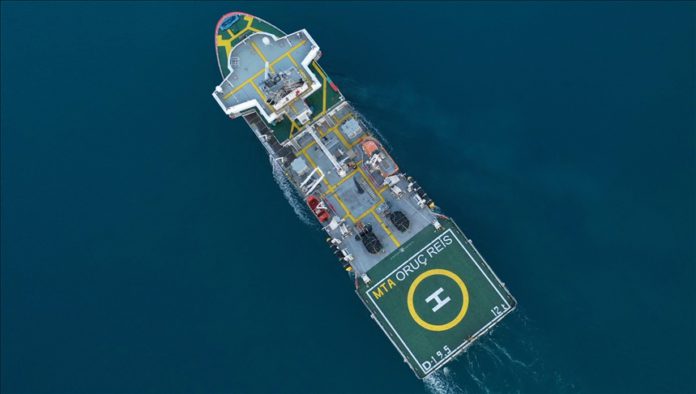 Turkey has changed the regional balance with diplomatic and military steps despite all the challenges it faced in the Eastern Mediterranean and Libya in 2020, experts say.

“Greece, France and the Greek Cypriot administration have tried but failed to imprison Turkey to its coast in the Mediterranean,” Professor Ferhat Pirincci of Uludag University, in the northwestern Bursa province, told Anadolu Agency.

Tension in the Eastern Mediterranean started when the Greek Cypriot administration made some international agreements in disregard for the Turkish Republic of Northern Cyprus (TRNC) rights to work on extraction of the natural resources around the island.

Western companies, supported by their governments, embarked on a wide range of natural gas exploration and drilling activities through agreements with Greeks. As large natural gas fields were discovered in the Eastern Mediterranean, the Greek administration signed Exclusive Economic Zone (EEZ) agreements one after another.

Despite Turkey’s and the Turkish Republic of Northern Cyprus’ warnings, Egypt, Greece, the Greek Cypriot administration and Israel formed the East Mediterranean Gas Forum in Cairo and tried to leave Libya, Lebanon and Turkey.

However, Turkey and Libya reached an agreement on maritime boundaries in the Mediterranean Sea on November 27, 2019, changed the plans.

Pirincci noted that Turkish foreign policy faced challenges in 2020, but took serious action. The agreement signed with Libya provided a column for Turkey’s eastern Mediterranean policy, and that the other pillars are maritime authority and the energy dimension, he maintained.

At the same time, the Eastern Mediterranean is an element that supports the security strategy in the Middle East and global policy of Turkey, and that the issue should not only be limited to a matter of Libya or the Mediterranean, he opined.

Pirincci said this was an act that affected the Middle East and the global power balances and Turkey’s geopolitical power struggle in this area reflected its success in 2020.

– In 2021 Turkey will further strengthen its presence in Eastern Mediterranean

Kiziltoprak emphasized that the international community should focus on why the imperialist countries like the US, Russia, French and Italy were in Libya rather than questioning Turkey’s presence in Libya.

Referring to the warlord Khalifa Haftar, Kiziltoprak questioned that on which principles the UAE, Egypt and Saudi Arabia are supporting the putschist general who has disrupted Libya’s unity and integrity?

He said Turkey’s relations with Libya are also significant since it also protects its rights in the Mediterranean, the Aegean and the island of Cyprus.

Alone Greece and the Greek Cypriot administration were unable to fight with Turkey, so they had to rely on the support of Israel, France and Egypt to distribute the region’s share, said Professor Ata Atun of Cyprus Science University.

Atun added that in 2021 Turkey will further strengthen its presence in Eastern Mediterranean.

Turkey will aim to prevent other countries from operating within its borders by establishing the limits of its continental shelf and exclusive economic zone, and will guarantee the limits of their jurisdiction.

He said the country will continue its oil and natural gas exploration with seismic and drilling activities in its continental shelf regions.