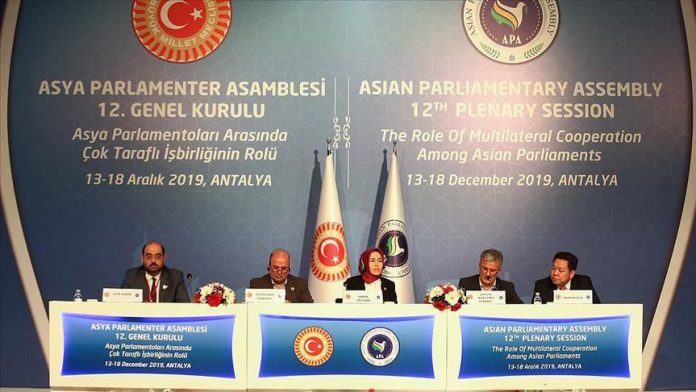 The announcement came during the 12th APA Plenary meeting that ended in Turkey’s Mediterranean resort city of Antalya.

The meeting was attended by delegations from parliaments of 42 APA members and 16 observer countries.

As well, during the meeting member countries filed their requests to assume 2022-2023 presidency.

The APA was born in 2006 at the Seventh Session of the Association of Asian Parliamentary for Peace (AAPP), as its continuation. Each APA member parliament