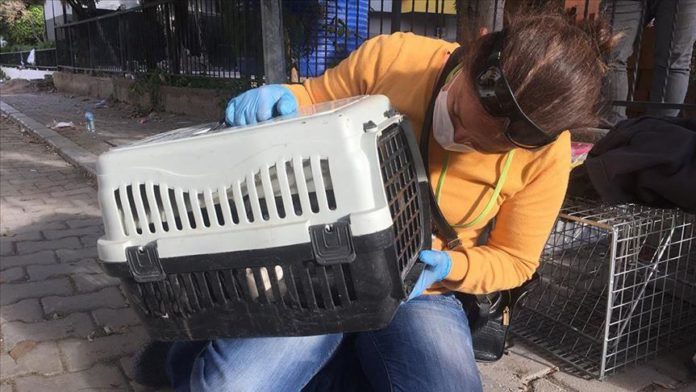 Five days after a powerful quake rocked Turkey’s third-largest city, a cat emerged from the rubble of a collapse building, shaken but alive.

The cat was brought out Tuesday from the debris of a two-story building brought down by a magnitude-6.6 earthquake in the Aegean city of Izmir.

After helping the hearty feline, rescue teams handed it over to a local animal group.

Sibel Altun, a member of the group, said they were very happy to see another survivor come from the debris after Friday’s quake took nearly 100 human lives.

“We have quite a few animals in this building such as cats and birds. Our rescue teams are very careful with our animals as well as our people,” she said.

She added that they reached the cat’s owner and will reunite them after the cat sees a veterinarian.

Rescue teams have also been heartened to see children survivors emerging from the rubble even days later, after making it through the harrowing quake.

Israel heads to 3rd round of polls in less than a...

Over 70 kg of marijuana seized in southern Turkey