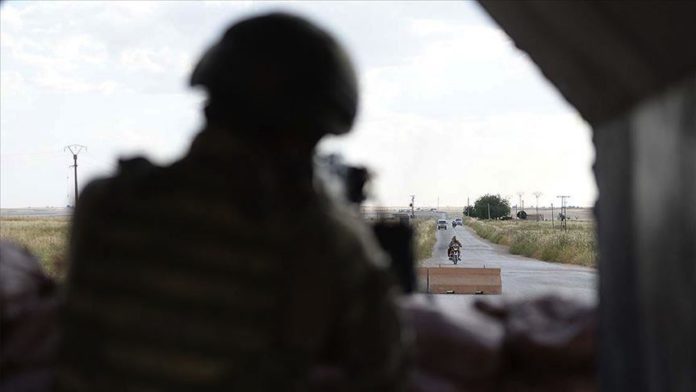 Turkey’s Ministry of National Defense announced on Sunday that security forces have captured a PKK/YPG terrorist who was planning to target civilians in Tal Abyad, Syria.

In a statement on Twitter, the ministry said that the terrorist was prepared to attack civilians through a bomb-laden motorcycle.

An improvised explosive device and a mine was destroyed after being seized from the terrorist’s backpack, it added.

In its more than 30-year terror campaign against Turkey, the PKK — listed as a terrorist organization by Turkey, the US and EU — has been responsible for the deaths of nearly 40,000 people, including women, children and infants. The YPG is PKK’s Syrian offshoot.