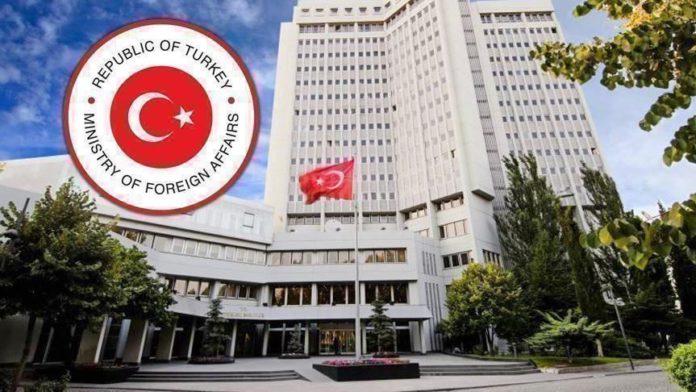 Turkey has the capacity and capability of destroying evil alliances formed against it in the Mediterranean Sea, the country’s Foreign Ministry said Monday.

Ankara’s remarks came in response to the Greek Foreign Ministry’s statement urging Turkey to end its activities in the Mediterranean.

Citing military sources, some Greek media outlets reported that the Greek army is on high alert and has canceled leave for soldiers.

In order to give a chance to diplomacy and revitalize the channels of dialogue, Turkey had suspended its seismic exploration activities in the Mediterranean.

However, Greece did not reciprocate Ankara’s friendly stance and signed a controversial maritime delimitation agreement with Egypt earlier this week.

In a tit-for-tat move, Turkey announced on Monday that its seismic vessel Oruc Reis will resume research in the region until Aug. 23.

Turkey also warned players in the region against acting like the “sole owner of the Mediterranean”.

“It is no business of anyone to try to exclude our country from the Mediterranean, which has been under Turkish rule for centuries,” the statement concluded.

Ankara has long accused Greece of pursuing maximalist policies in the Eastern Mediterranean and underlined that its maritime claims violate Turkey’s sovereign rights.

Experts debate achievements of US in Afghanistan